Other Brother Beer is a brewery and taproom in Seaside, California. By bringing people together, the team craves to make the world a better place through the magic of beer. I pitched the idea of a pop-up art market to the owners of the brewery for Small Business Saturday in 2019. After receiving their approval, I worked with the owners to recruit the rest of the vendors for the event. After coming up with the name, “Art on Tap”, I designed a flyer and a couple of social media graphics to promote the event.

In a conversation with one of the owners, he stated he wanted to do another event reminiscent of a German winter market. I then researched vintage European travel posters and market promotions as references to create a flyer for Other Brother’s Winter Market. The brewery has hosted 4 seasonal art markets a year since. 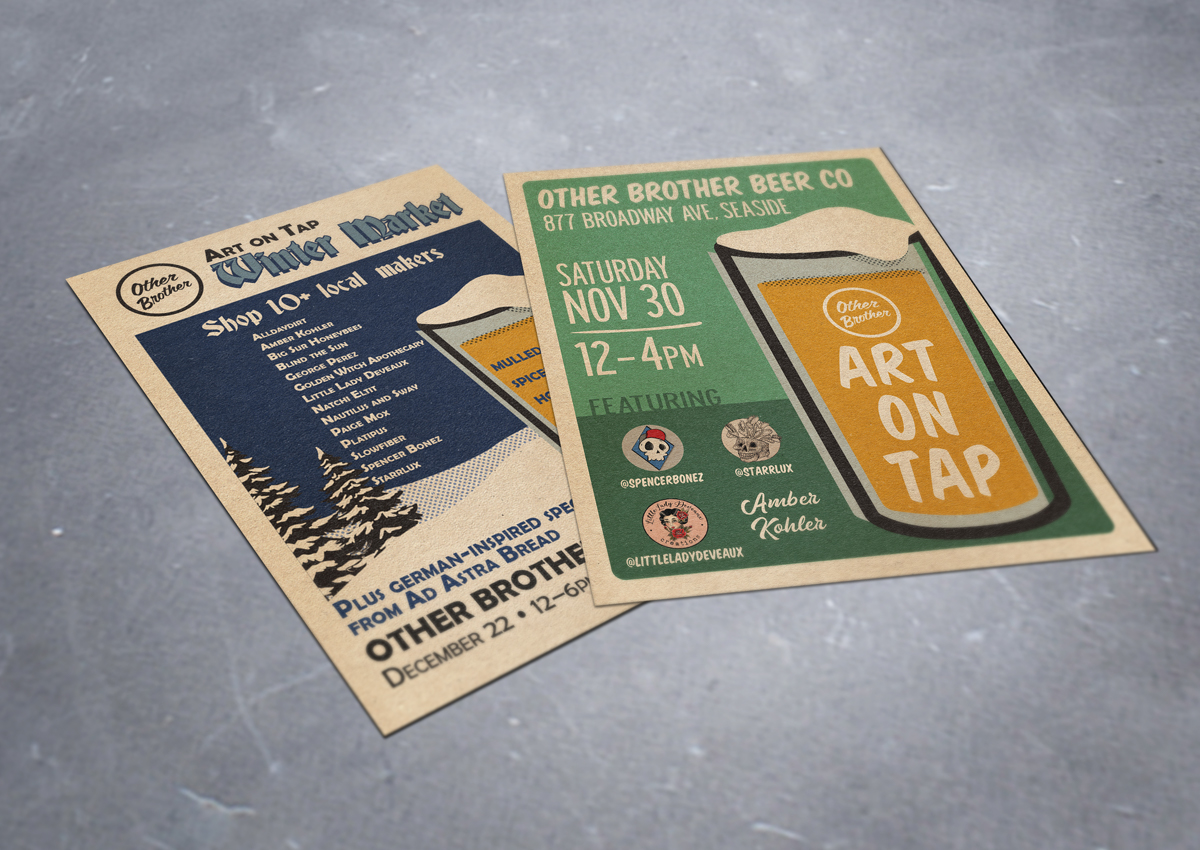 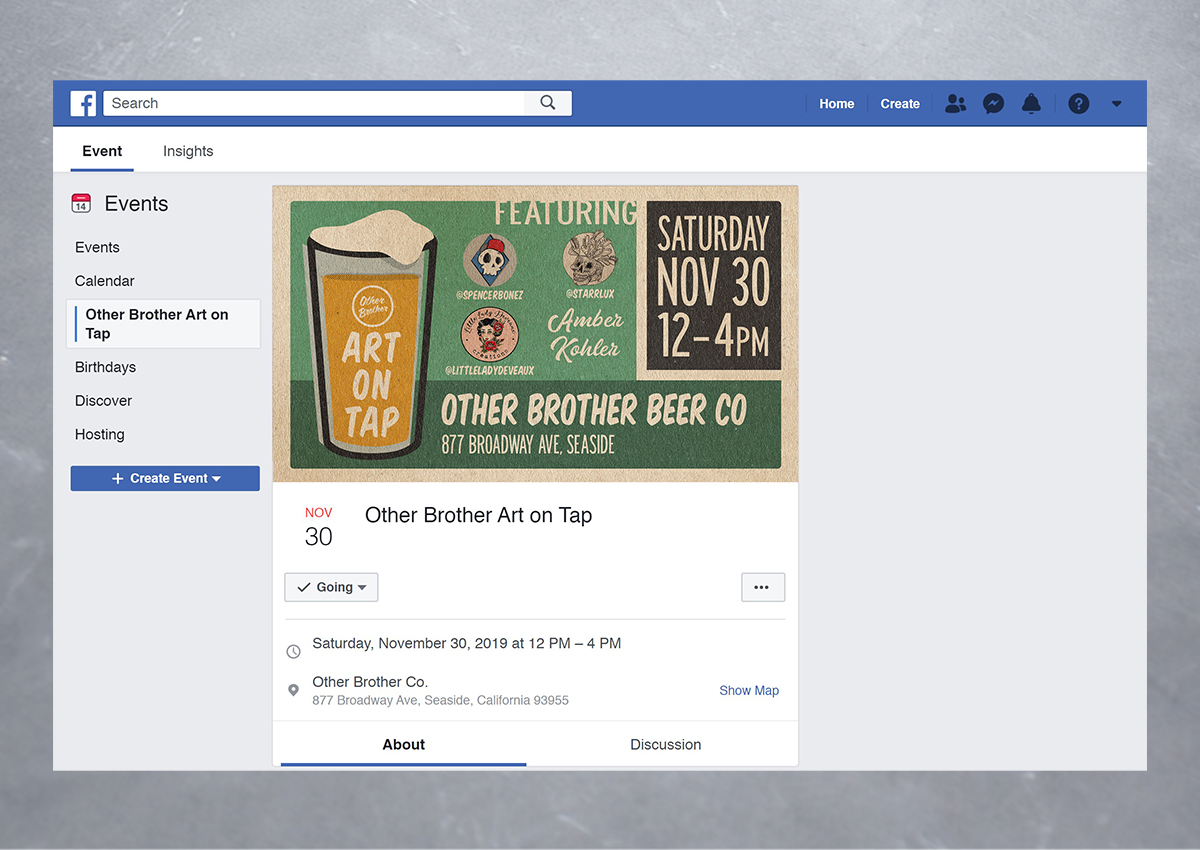 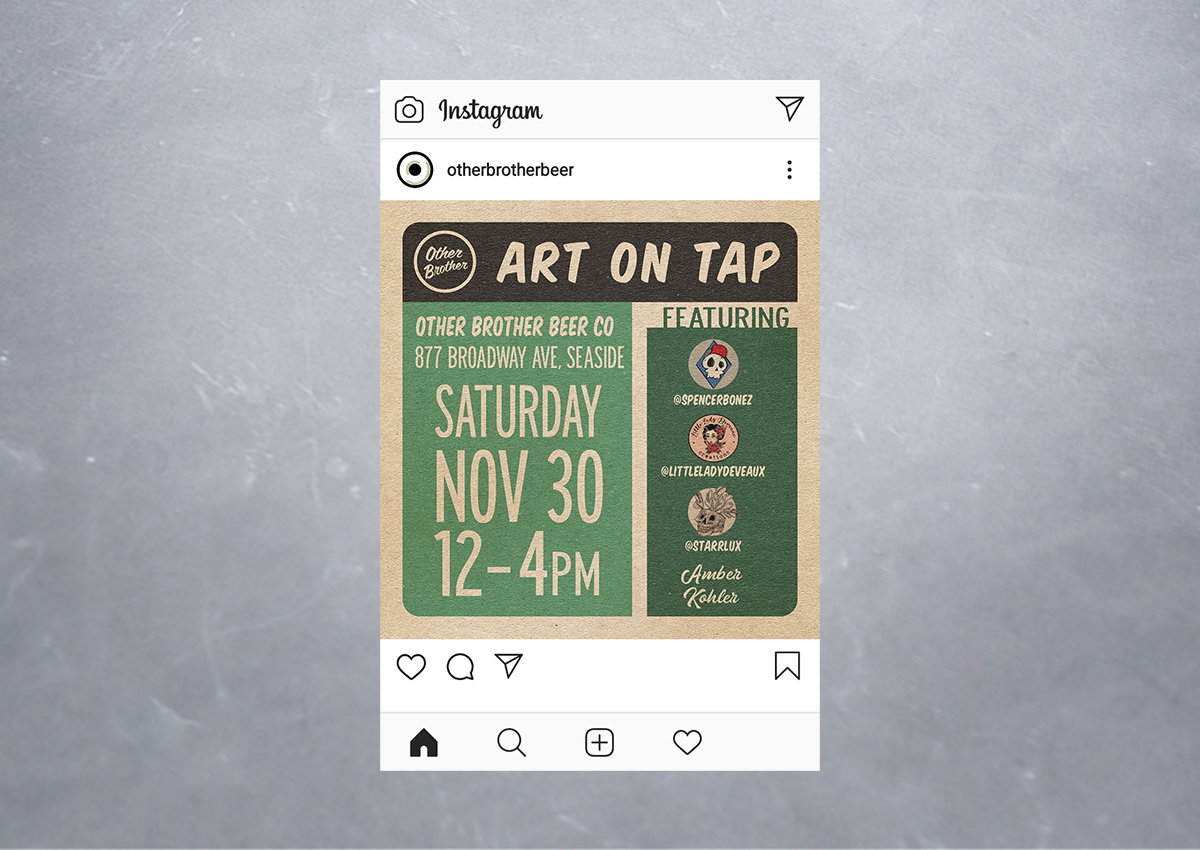