“Inktober” is popular among artists online during the month of October. Artists follow a prompt and create a drawing every day during the month. For Inktober 2020, I decided to do a series featuring a bear character I have drawn previously. Each piece is titled as “Oh-So-…”, a play on words as “oso” is “bear” in Spanish. Then I laid out the 31 illustrations, plus an extra four-panel comic into a mini-zine.

Inspired by cartoonist, Jim Rugg, who published a fluorescent blacklight comic book and posters, I created my own 60’s style neon art for the prompt of “mushroom”. Then I converted the illustration to a two-color design for screen printing which was printed with fluorescent inks. 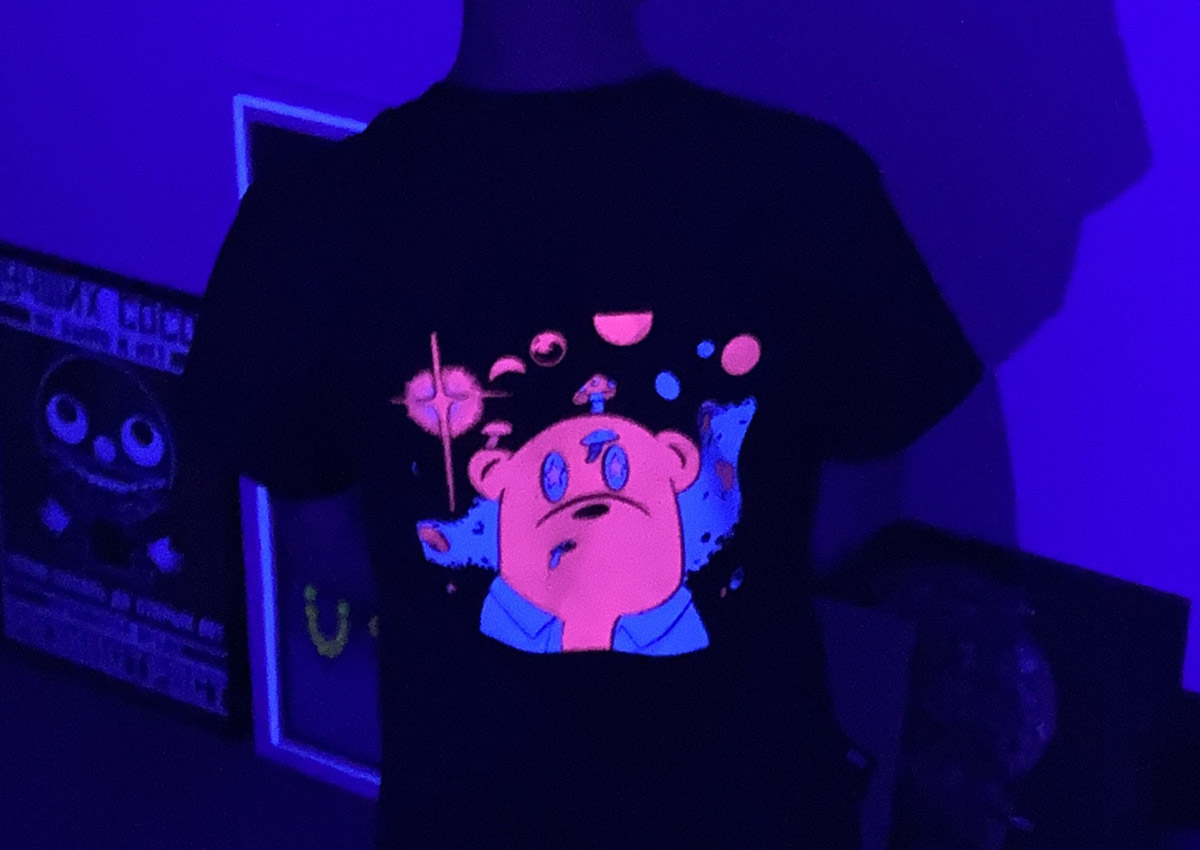 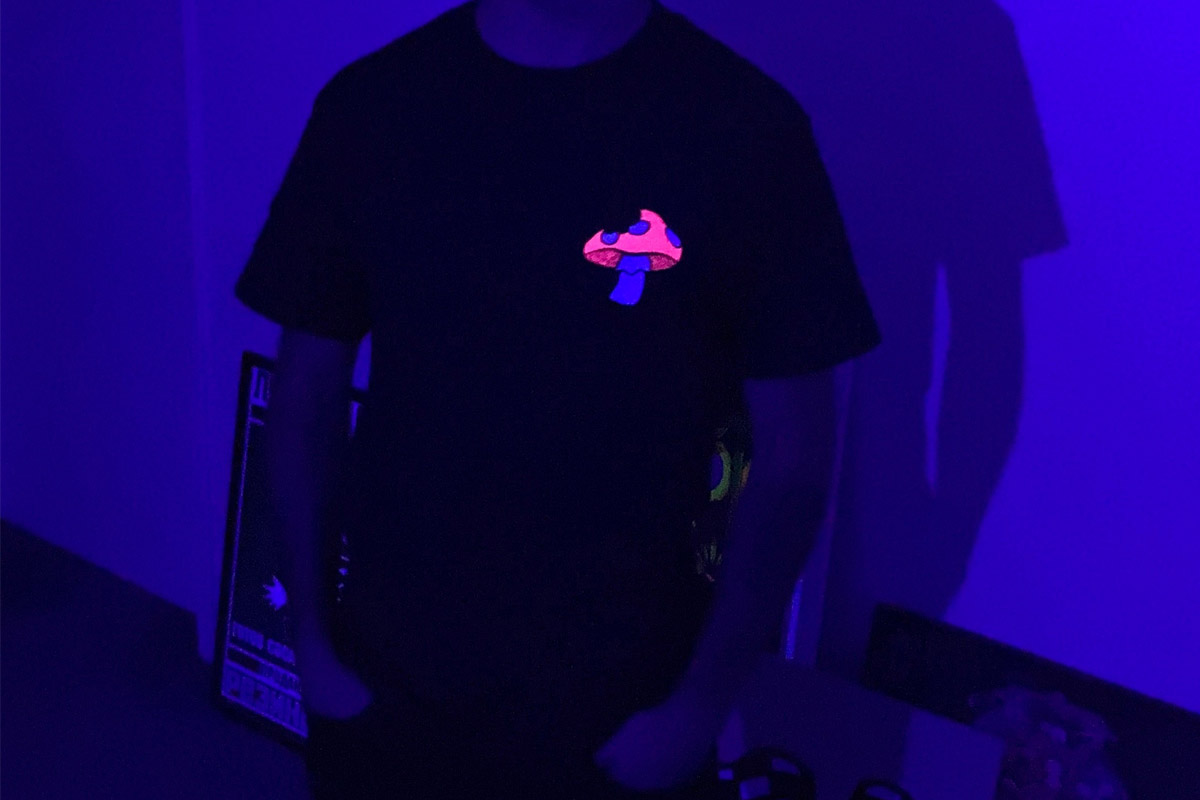 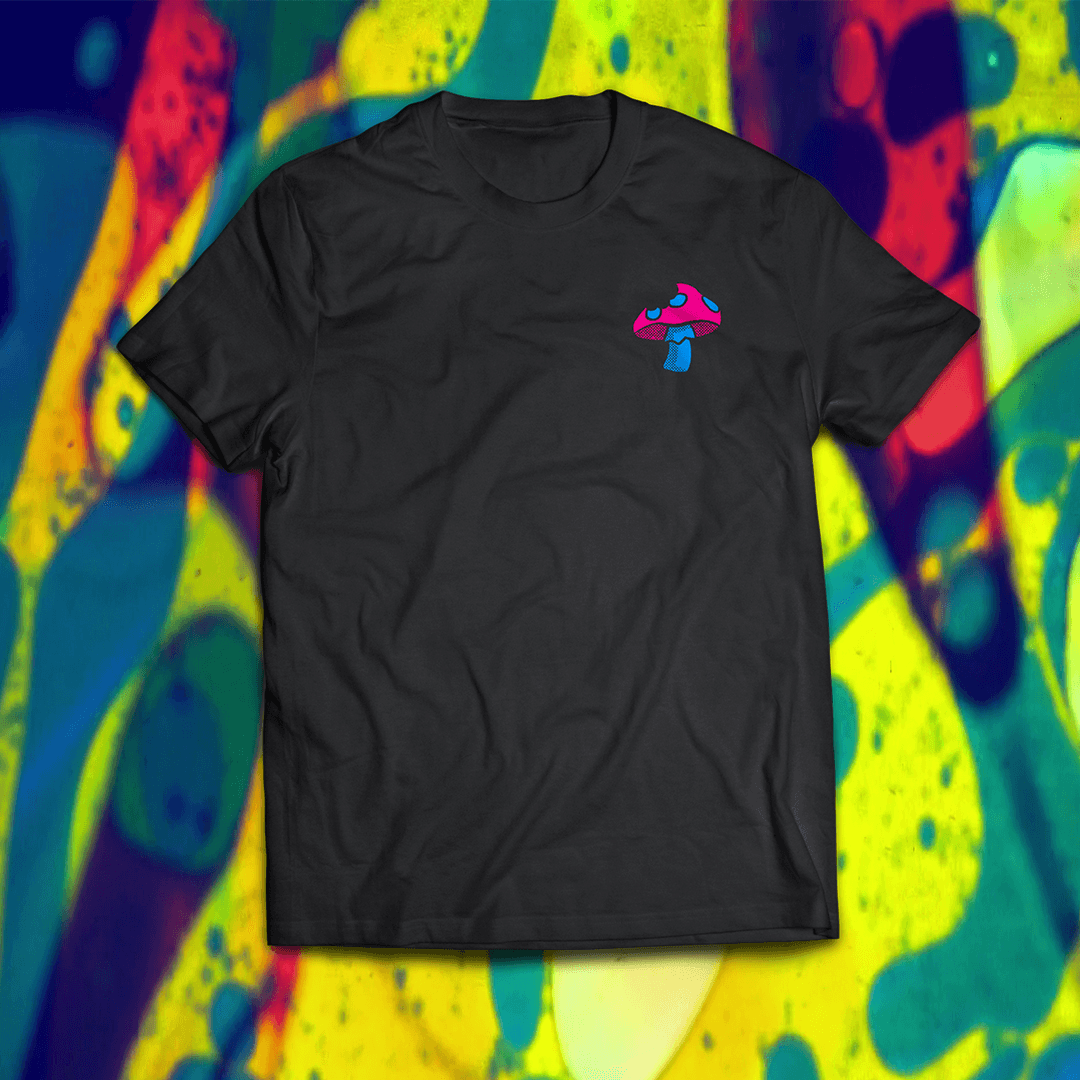 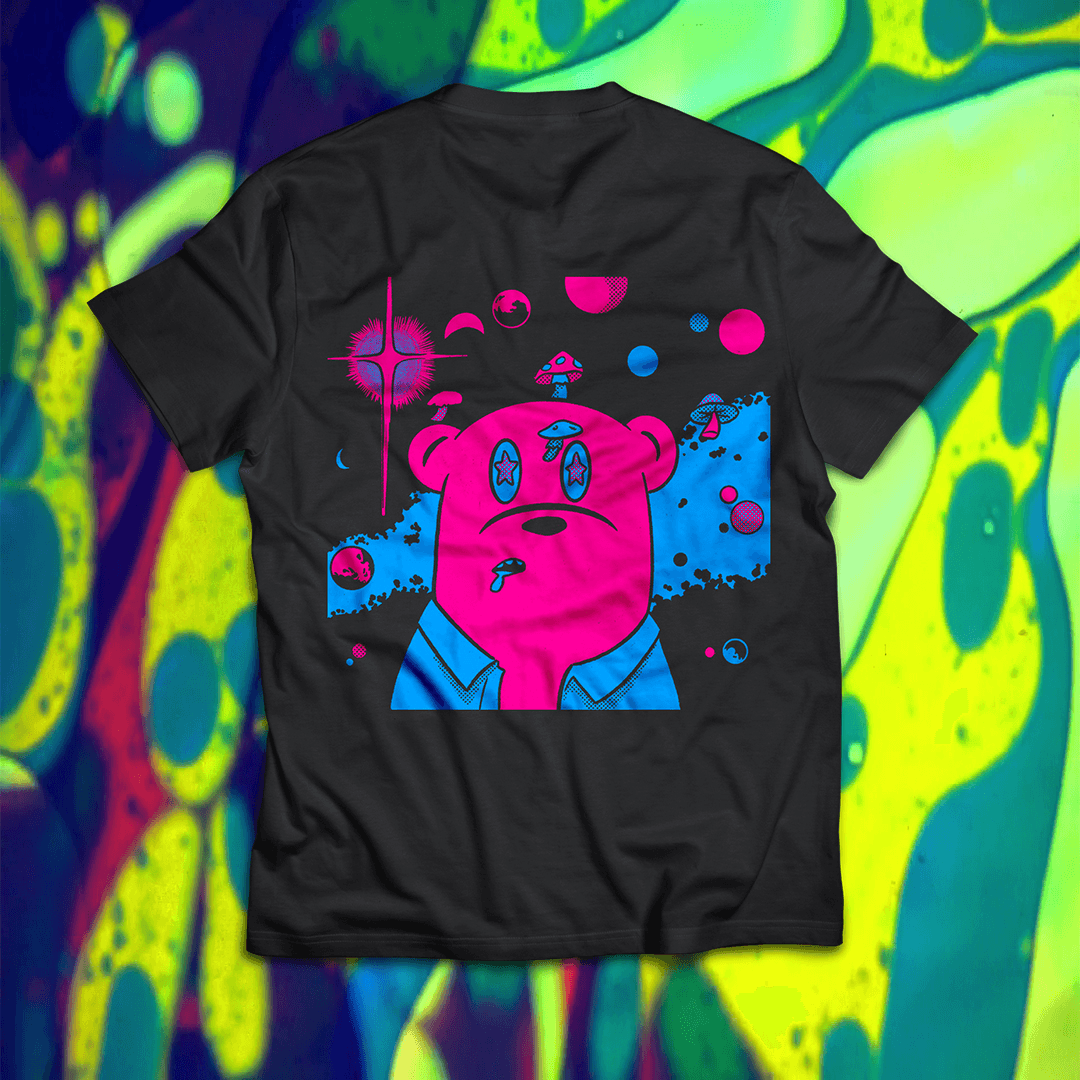 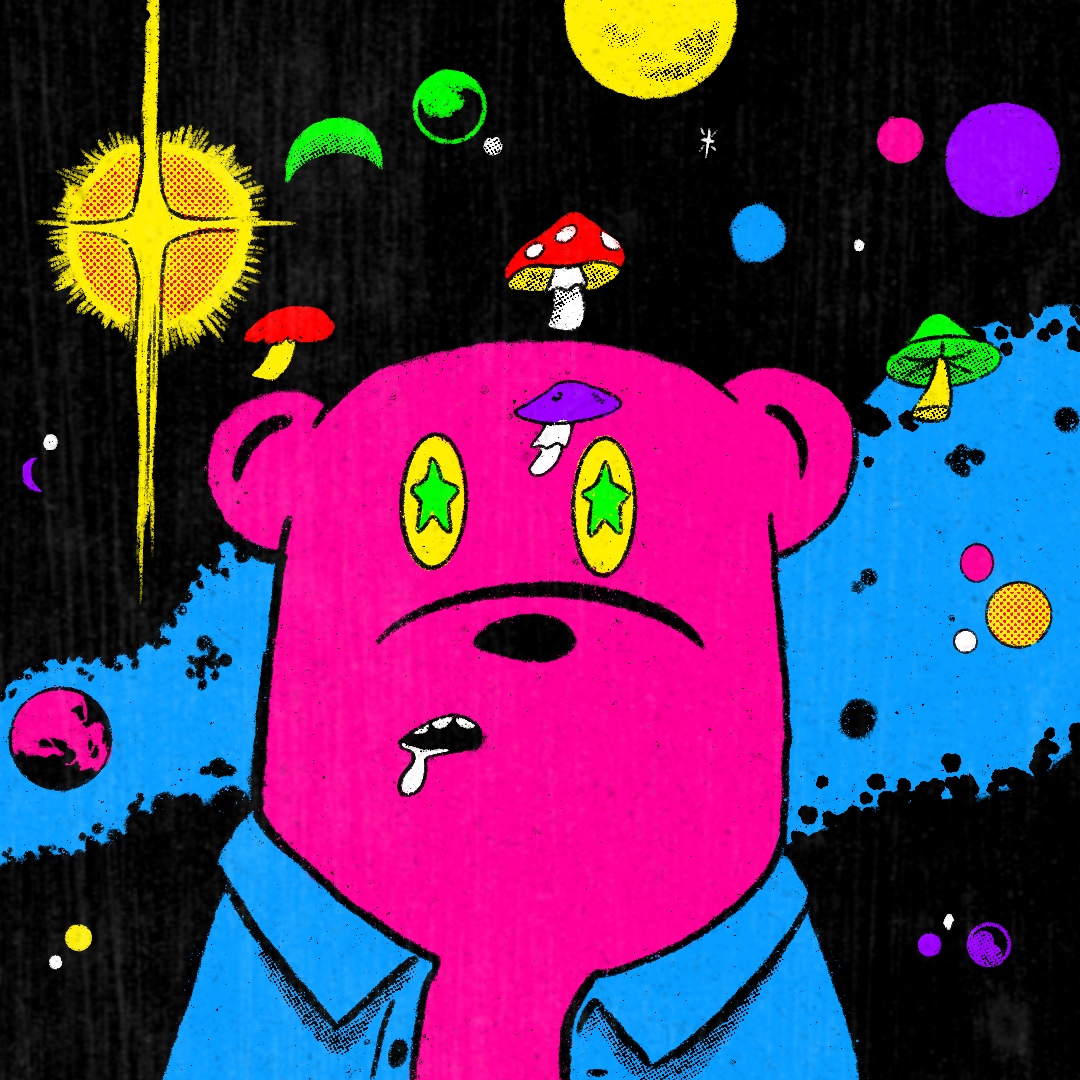 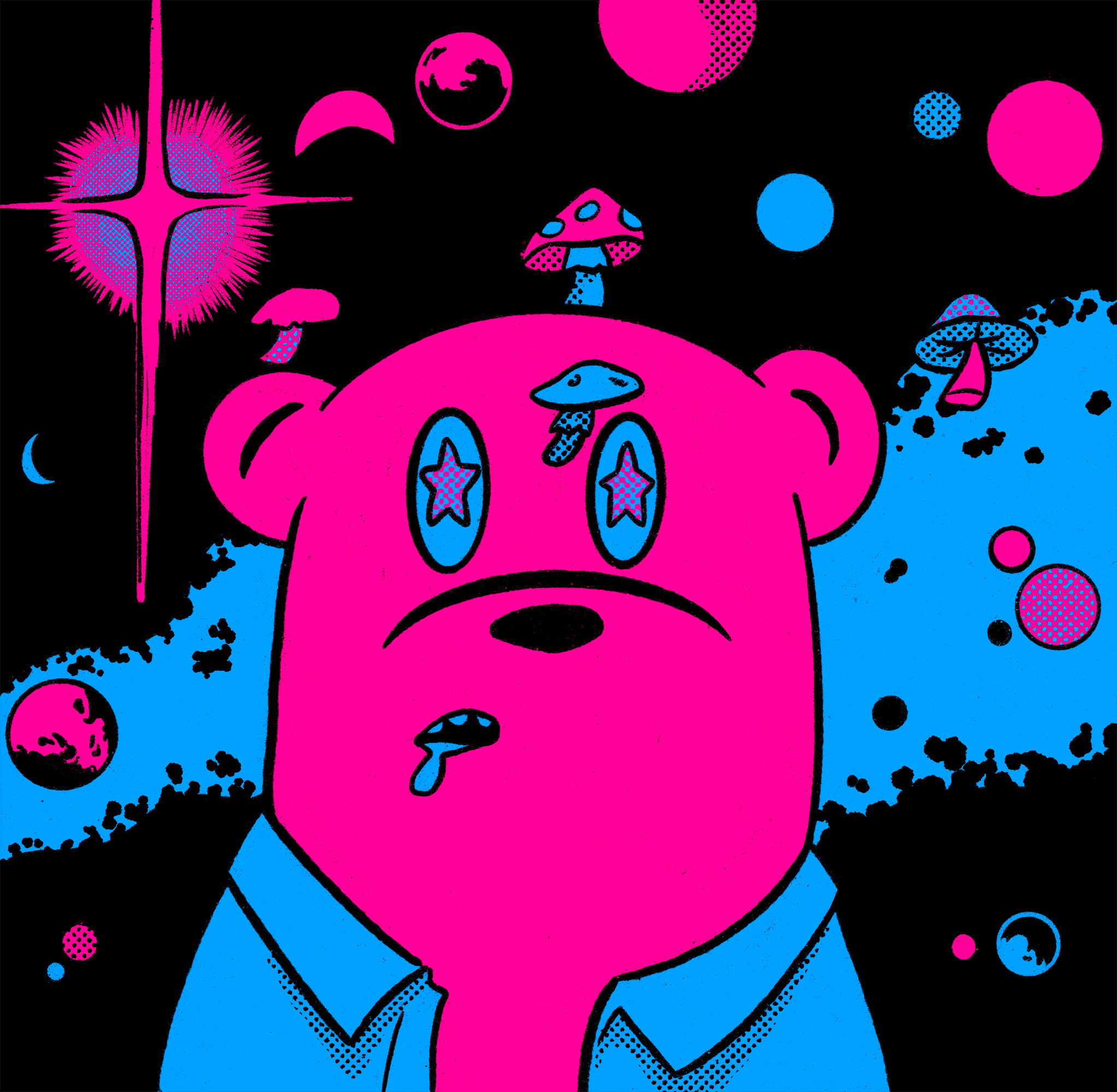 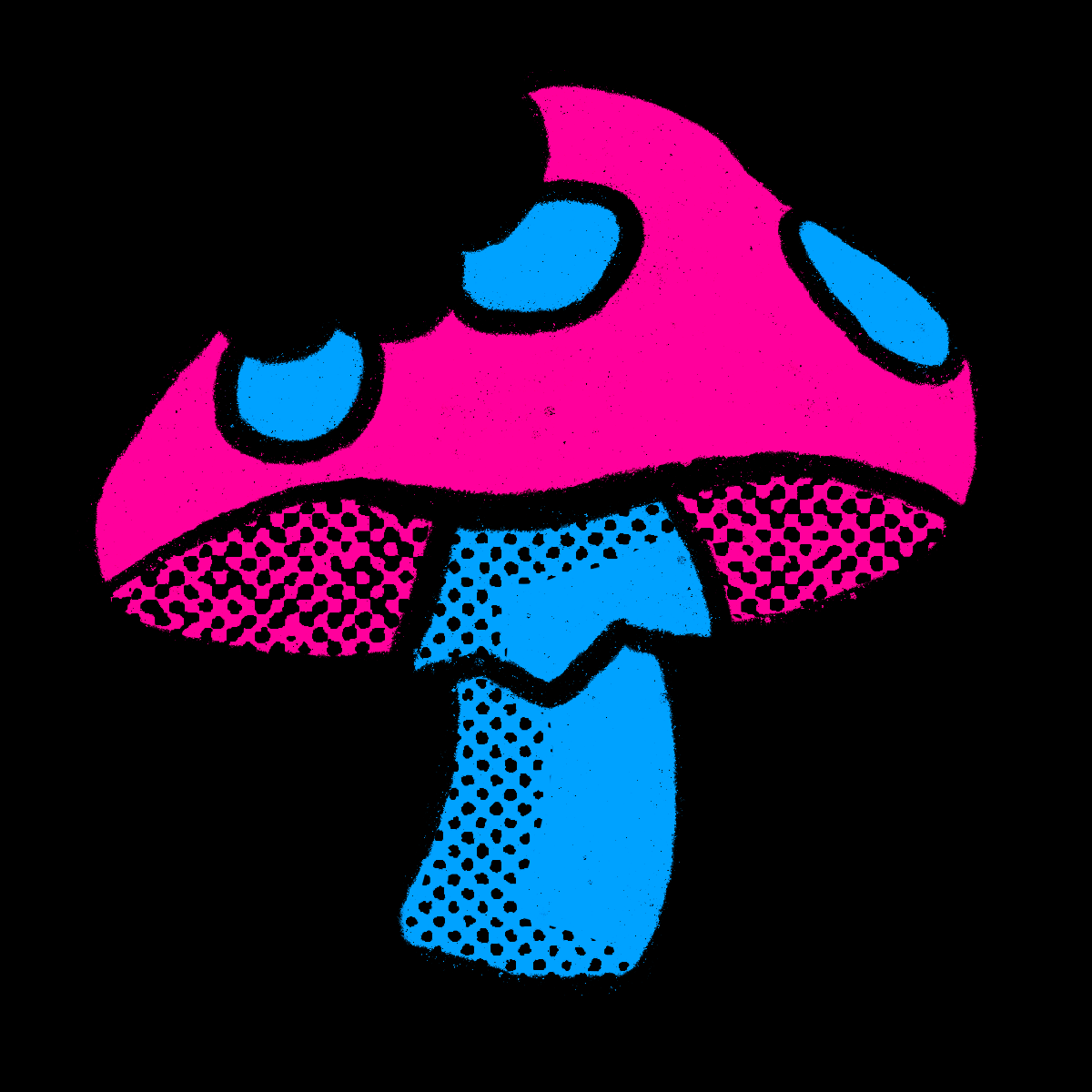