After revisiting an old illustration I drew for a contest on Instagram that combined the Nickelodeon character Rocko with the Marvel Comics character Wolverine, I began thinking of new ideas for character combinations. I drew the characters in Procreate on an iPad and used a limited color swatch to recreate old comic book colors. I later decided to turn the series of character designs into a set of collectible cards. The titles, character names, and motifs were created in Adobe Illustrator. The card layout was then designed in Photoshop. I also designed the packaging for the set wrappers and the display box. Lastly, I put the designs together in a zine format for an event at the Monterey Museum of Art. 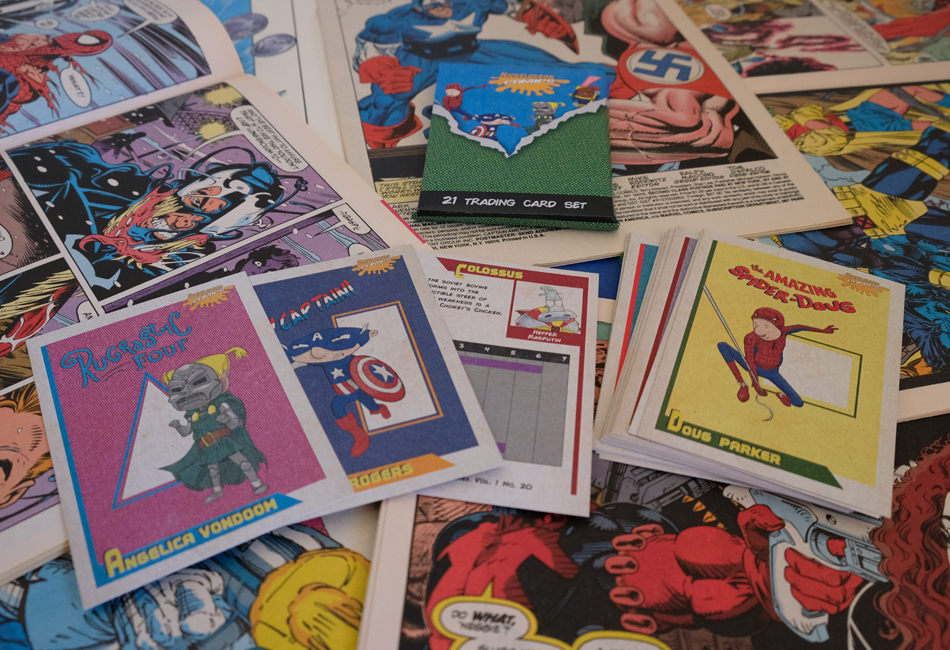 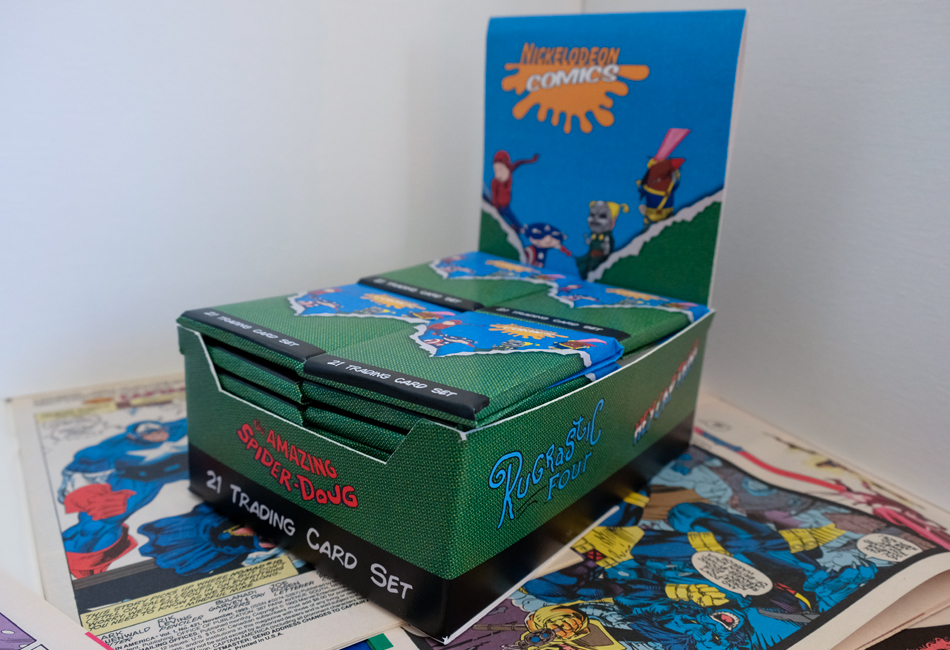 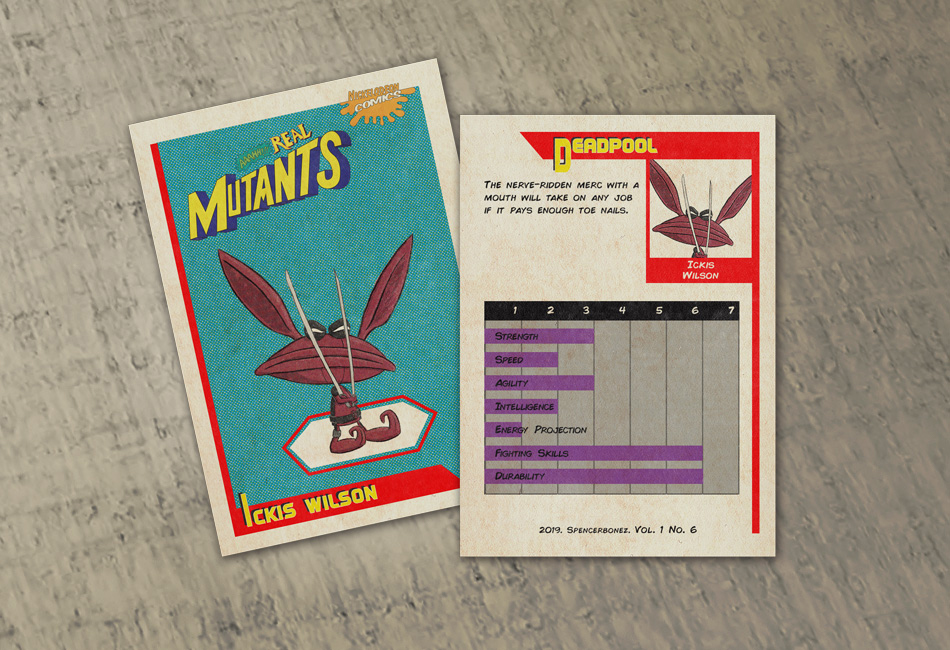 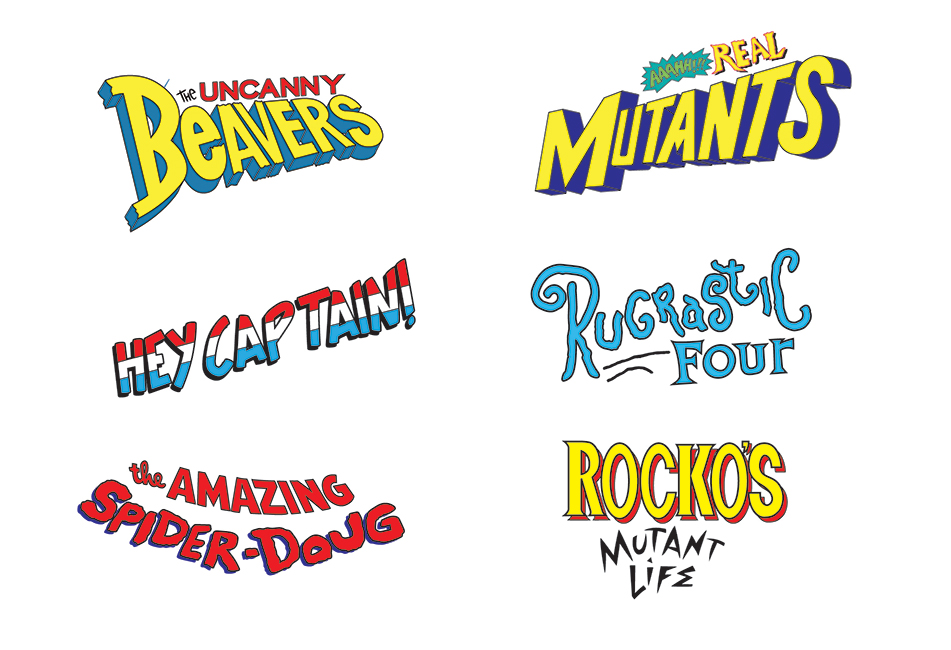 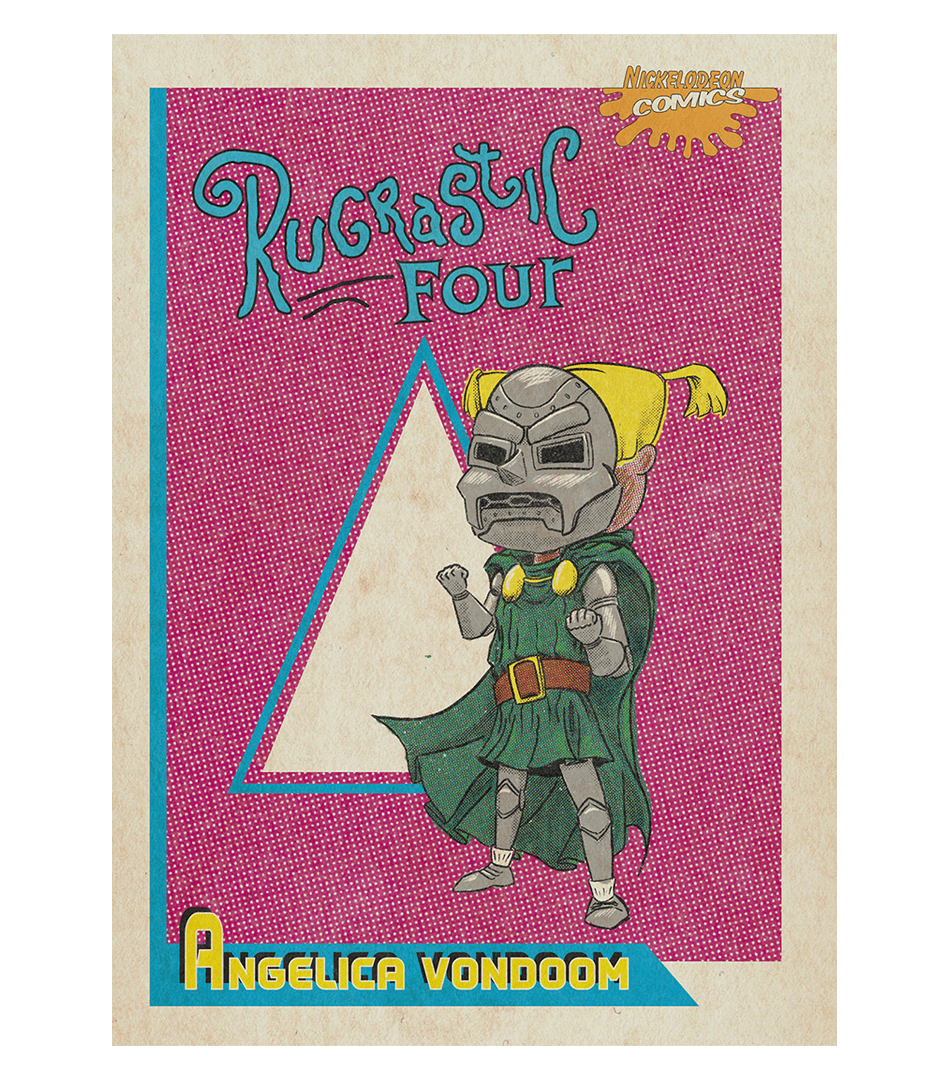 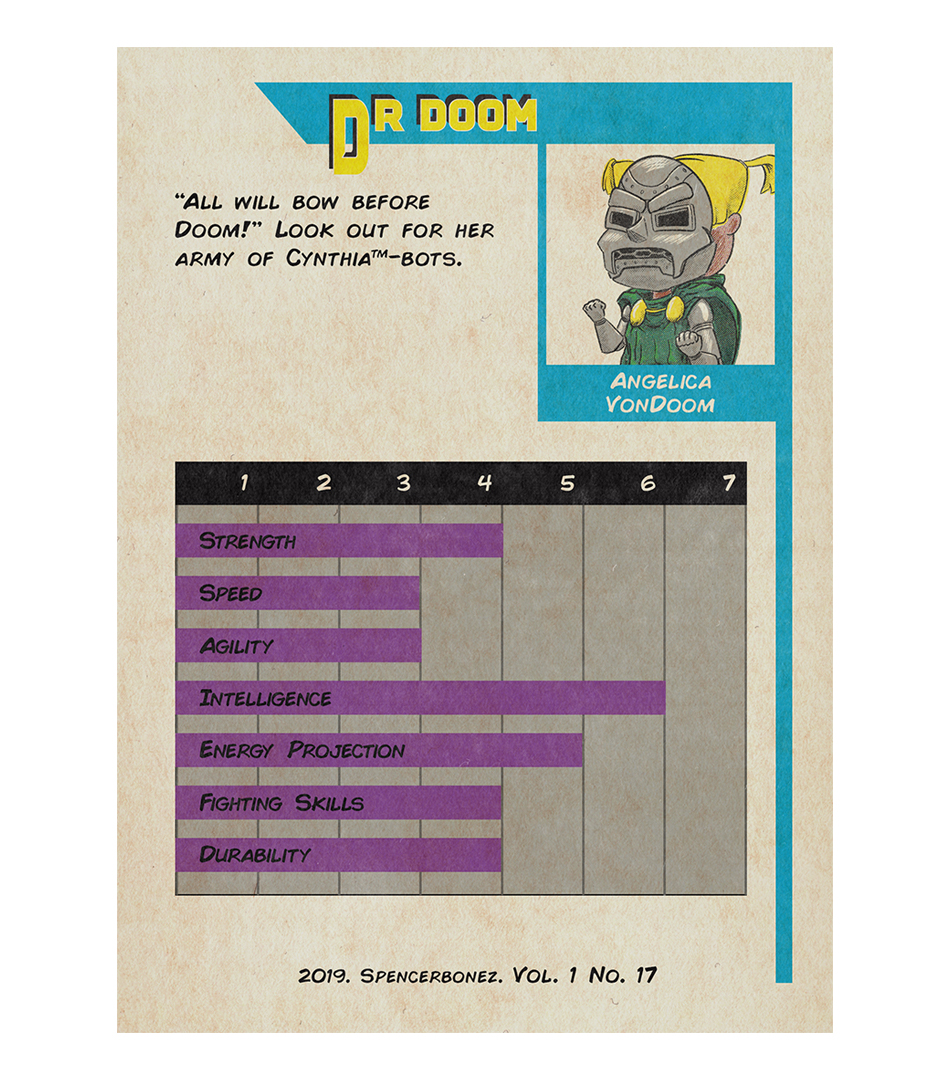 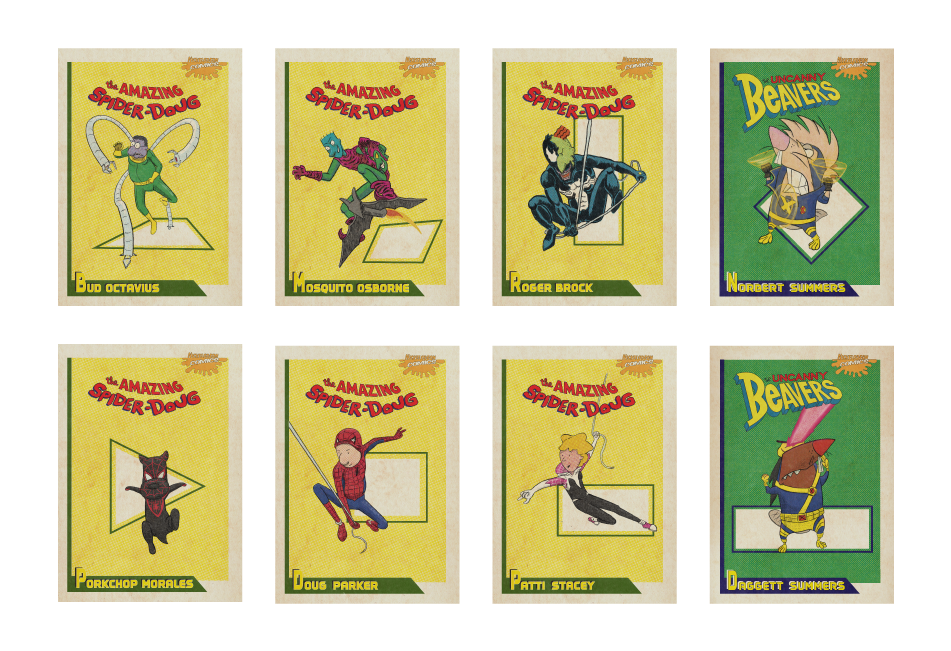 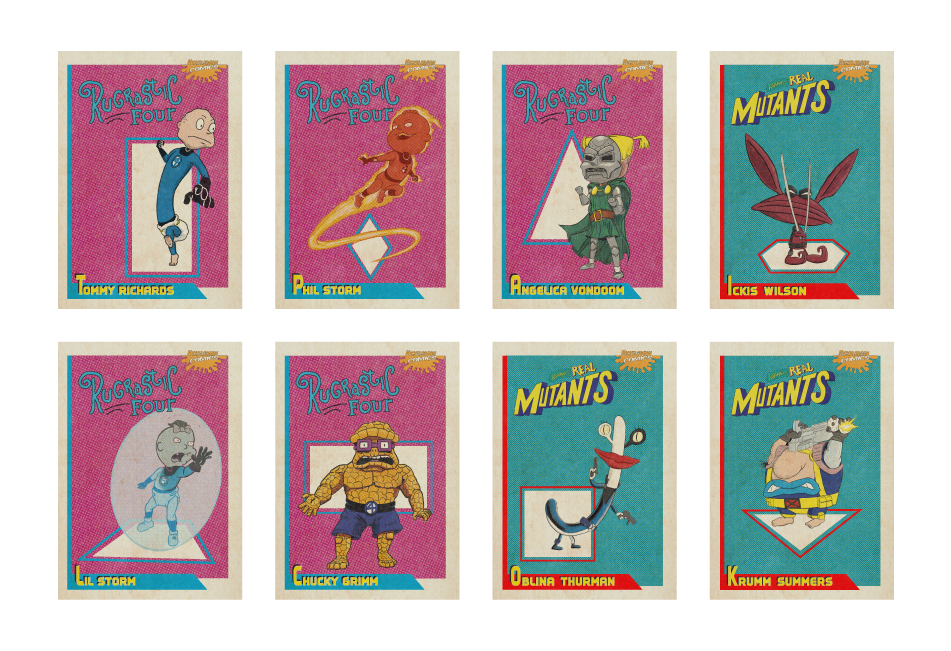 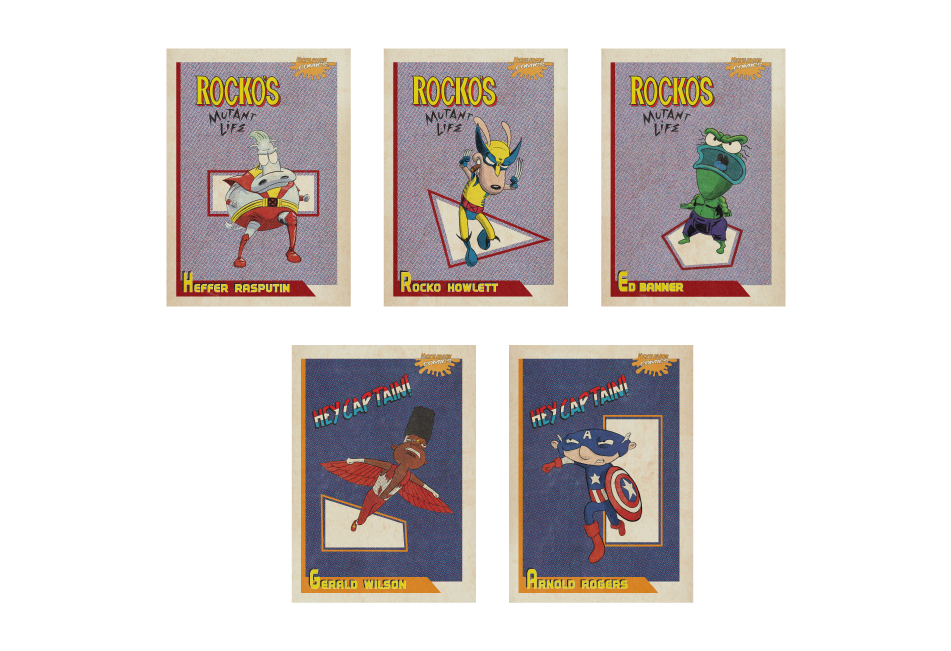 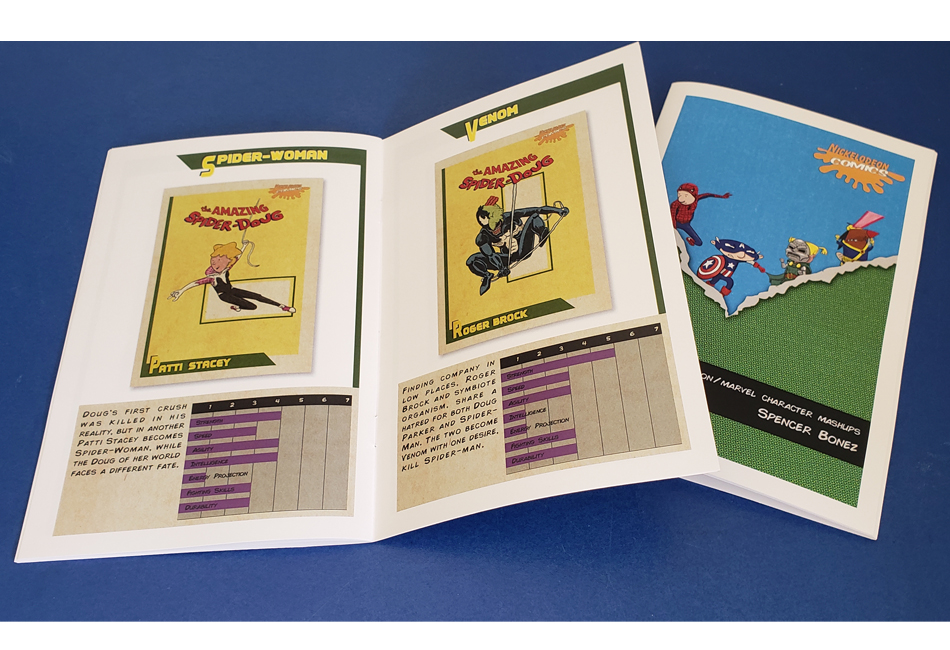